The country is famous amongst the nature lovers, owing to its breathtaking landscapes, luxuriant forests, gushing rivers, placid lakes, glacial mountains, thermal regions, semi tropical islands and exotic wildlife. The architectural heritage and adventure opportunities offered by the country only add its attraction. In short, New Zealand is totally a tourist’s delight. In the following lines, we have mentioned a number of fun and interesting facts about the country.

If you are applying from overseas to study as a full fee student in New Zealand, you can consult the New Zealand government office in your country about available courses. Applications should be made directly to educational institutions.

Closing date for applications to polytechnics and colleges of education are available from prospectuses of the respective institutions. The application form must also be accompanied by all the documentation requested on the form, for example, certified copies of examination results.

If you are applying for admission to a tertiary institution as a full-fee student and you are already attending a New Zealand school, apply directly to the university, polytechnic, college of education or other institution of your choice.
Study opportunities in New Zealand

New Zealand higher education has 10 levels of study with level 1 being a certificate and level 10 a doctoral degree. Each level is progressive in terms of complexity and difficulty. Below are the levels and their corresponding qualifications:
– Certificates – Levels 1-4
– Diplomas – Levels 5 & 6
– Bachelor’s degrees/graduate diplomas – Level 7
– Postgraduate certificates/diplomas. Honors Bachelors degree – Level 8
– Masters degree – Level 9
– Doctoral degree – Level 10
All major education providers for the above named qualifications are registered with the New Zealand Qualifications Authority (NZQA).

General English
these are non-award courses preparing students to communicate effectively in the English language or for further study.

Once you have been offered a place

All applicants must accept an offer by the date specified on the notification letter received from an institution. An offer of a place does not necessarily guarantee a study permission grant .

Working While You Study

If you are studying in New Zealand, you must not work unless allowed to do so by the New Zealand High Commission. You can be granted permission to work for up to 20 hours a week.

If you have a student permit, you may be granted a work permit or a variation of your student permit to allow you to gain practical experience on completion of a three-year course, or over the summer vacation.
Your Dependants

Your dependants, who may include a spouse, de facto spouse, fiancé (e) and children, may accompany you to New Zealand or may join you later. They must apply for the type of path required, that is, visitor, work or student. For school aged dependants you will need to pay full fees to enroll them in primary and secondary courses.

International students are required to obtain student program and study permits in order to study in New Zealand.

Students elect an International Students’ Representative each year. His/her role is to act as a link between international students, the University and University Students’ Association.
Some more interesting Facts about New Zealand

The indigenous Maori name of New Zealand is ‘New Zealand Aotearoa’. Translated into English, it means ‘New Zealand, The Land of the Long White Cloud’.
New Zealand gained independence from Great Britain in the year 1907.
New Zealand is located in the Oceania Islands, in the South Pacific Ocean. It lies around 1500 km to the south-east of Australia.
New Zealand is part of ‘The Pacific Rim of Fire’. Mount Ruapehu, situated in central North Island, is the most active volcano of the country.
New Zealand is spread over an area of approximately 268,021 sq km and its coastline is around 15,134 km long.
The official languages of New Zealand are English and Te Reo Maori.
New Zealand was the first democracy in the West that gave women the right to vote.
As far as the geography of New Zealand is concerned, 30 percent comprises of forests.
Bungee jumping was invented in New Zealand.
Dunedin city of New Zealand boast of housing the country’s oldest university, first newspaper and first botanical gardens.
Edmund Hillary, the first person to climb Mt Everest, was a citizen of New Zealand.
New Zealand Dollar (NZ$) is amongst the least stable currencies in the OECD.
New Zealand has one of the highest car ownership rates in the world, with 2.5 million cars for 4 million people.
New Zealand has won the most Olympic gold medals, per capita, amongst all the participant countries.
New Zealand is amongst the top five dairy exporters in the world. Combined with the other four biggest exporters, it supplies around 90 percent of dairy products on the international market.
New Zealand is home to the largest flightless parrot (kakapo), oldest reptile (tuatara), biggest earthworms, smallest bats, heaviest insect (a weta), some of the oldest trees and many rarest species birds, insects, and plants, in the world.
New Zealand, before European arrival, had no predatory animals. Thus, it was like a heaven for birds, many of them flightless.
The share of New Zealand in the world exports of sheep meat is around 54 percent.
To become a New Zealand citizen, you must swear an oath of loyalty to Queen Elizabeth. 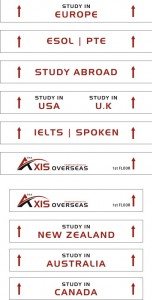